The multinational company Nestlé has a factory in Senegal with 400 workers where produces the popular Maggi cubes. These workers need to be provided with potable water to ensure their water needs and to guaranteeoptimal and safe working conditions. For this reason Nestlé carries out periodic analysis of chlorine level in all watersupply network and in its 70 water taps distributed throughout the factory.

Once these analysis have been done, it is shown that the supply network which gives water to the factory has highly variable levels of chlorine, with oscillations from very high ones to almost nonexistent.

Given this situation, and after trying with a dosing proportional to the water inlet that caused over-chlorination, they realize that the only way to get adequate levels of chlorine in the factory is through manual corrections, depending on the level of chlorine in the inlet.

It is then when Nestlé trusts in Aqua’Tec to recommend a solution to this problem.

At Nestlé factory there are two water storage tanks: one of 250 m3, which also feeds the fire circuit, and one of 150 m3 from which the water is distributed inside the location. With the existence of these two tanks, it is proposed to make a pretreatment in the first one and a final treatment in the second, from where the water is distributed to all 70 consumption points.

In the treatment tank there a 40m3/h recirculation system is installed (flow enough to maintain the desired value of free chlorine without oscillations, according to the existent water consumption) on which chlorine reading and correction are made to set it at 0,3 ppm, therefore complying with Nestlé standards. 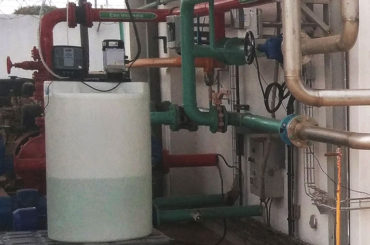 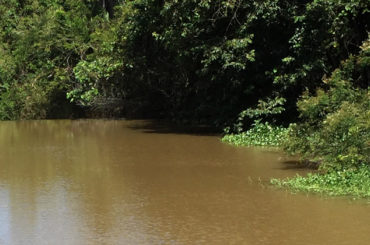 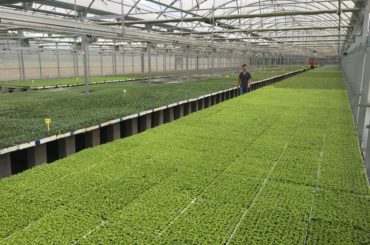