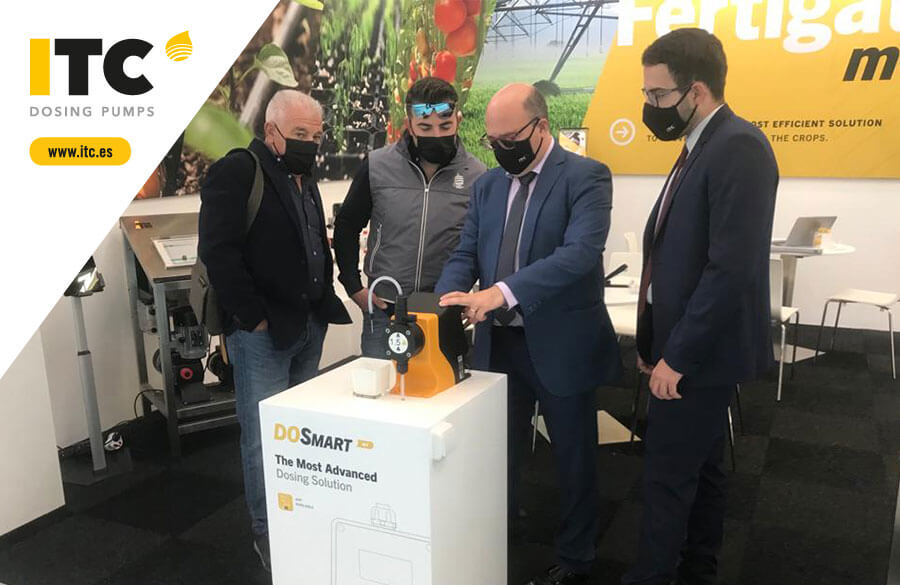 The last few months of September and October have seen ITC return to face-to-face events since the start of the pandemic. It is a moment of great importance for ITC because it was at these events that, after so long, it was able to showcase the latest additions to the company’s fertigation catalogue, such as WTRtec Green, which could only be seen at the last edition of FIMA in February 2020, or DOSmart AC, as well as some of the updates that Dostec AC, WC3000 and the ITC cloud manager apps have had over the last few months.

One of the events that was eagerly awaited was EIMA, which, against all odds, was a complete success, with the ITC stand receiving more than a considerable number of visitors, which could well be compared to pre-pandemic numbers. This shows the great interest that customers have in being able to see the ITC team and the solutions presented at the fair.

Another of the events held in October was the talk given by fertigation expert Xavier Martínez at the conference organised by Interempresas at Smagua entitled “technology and digitalisation in crop nutrition“, which aroused great interest among the attendees.

At the same time, in Mollerussa, the fruit growing conference organised by IRTA was held, where ITC was a sponsor, and next week the digital version will be held, in which, once again, Xavier Martínez will give a talk entitled “Advanced fertigation techniques“. The session will start next Thursday 28th October at 9:30 am and you can access through the following link.