Anton Planas says goodbye after 30 years of career in ITC 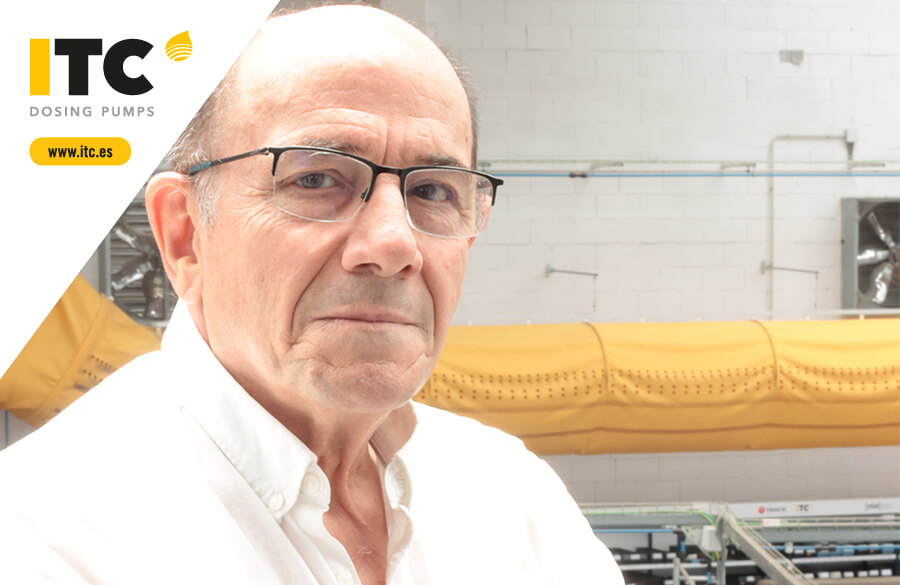 ITC began its journey more than 30 years ago, being born as a cooperative and being one of the first companies in Spain in the introduction of localized irrigation, whose purpose was, already in those days, the reduction of water consumption in crops and betting on a more optimized management of resources in agriculture. This was the origin of the idea of creating ITC as we know it today.

Anton Planas was one of the main founders until he took over the management and, later, the presidency of ITC. We talked to Anton to tell us his story; from the founding of the company to the brand we know today.

You started your journey with ITC as a Commercial Director, how do you remember this stage?

With nostalgia, in those days there were no cell phones, no internet, and of course no credit cards, and all this forced us to travel almost as if it was an adventure. The information that we now have almost every second, on the evolution of the market and on our customers or competitors, used to require a study of hours or days, using sources of information that no longer exist.

How has the company changed over these 30 years of history?

Obviously it has grown, both in human resources and in technology, and we have positioned ourselves as leaders in fertigation systems. I am proud to note that the spirit with which we started this journey is maintained despite the years. 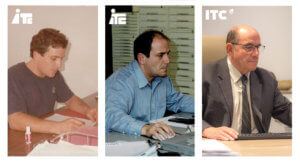 ITC has been evolving and expanding over the years, what role has export played in the development of ITC?

From day one, ITC was born as a company with a global vision, and it has played a crucial role in our evolution, in terms of growth, with markets as far away as Australia or South Africa, and in terms of knowledge of extremely complicated markets such as the U.S. At the same time, it has allowed us to learn other technologies and how they worked in other countries and adapt it to our reality, so that today we are prepared to work in a world where there are practically no trade barriers.

In recent years, many sectors have had to digitize. Do you think this digitization has also occurred in the field of agriculture?

Digitalization has occurred in all sectors, and obviously agriculture, which is a strategic sector in global food, as well.

Today, agricultural production has been transformed into an agricultural industry enterprise, using all the available technological resources and in all fields. It is not unusual to see “drones” in large crops, weather stations directly connected to satellites, sensors that tell us the “on time” status of the plantation; water needs, nutrient needs, diseases, etc. all connected to virtual platforms that already make decisions through artificial intelligence.

At the same time, the reduction of the carbon footprint, environmental impact and the optimization of water and energy resources are a constant objective of our company.

What are the most important values that you try to convey from ITC and how does this affect your relationship with the customer?

Respect and a proactive attitude both in the relationship with co-workers and with customers and suppliers.

It is well known that the attitude that is breathed in a company is transmitted to the outside, to our customers, suppliers and collaborators and surely for this reason, ITC is a very well-regarded company in our sector.

ITC is a company committed to the Sustainable Development Goals “SDGs” established by the United Nations in 2015, that is why we carry out actions in which all employees actively collaborate to achieve them.

What are the main milestones achieved by ITC over the years?

Also, to change and dignify the idea of agriculture and the rural farmer to a farmer technologically prepared in fields as diverse as telecommunication, digitization of systems or artificial intelligence to name a few. 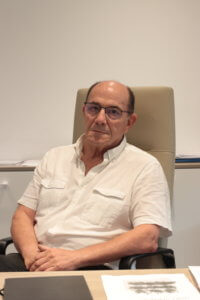 Where is ITC currently positioned and where is it moving forward?

As I said, we are a reference in fertigation, and we are aware that agriculture, and therefore food, has to make a technological revolution worldwide to be prepared to supply food to a growing population of more than 9,000 million people by 2050. This obliges us to maintain a technical department in constant evolution, permanent collaboration with universities and technology centers and to dedicate a large part of our resources to this activity.

Do you remember any funny anecdote with the ITC team?

More than an anecdote, what I can comment is that I started in this activity where a phone call while traveling required hours of waiting in a hotel with a bad communication, and not always understandable, at a price sometimes higher than the cost of the hotel. Today we carry this communication in our pocket, with video and document transmission incorporated.

All these in only 30 years… Imagine the next 10 years.

As we have seen, ITC from the beginning has been an example of perseverance and values. It has been more than three decades since its founding and today its fertigation solutions continue to provide and improve processes as valuable as irrigation and help a multitude of water-related sectors.

Throughout these years, ITC has reached great achievements and results, evolving and showing itself as a benchmark brand. Under the leadership of Anton Planas, goals of great value have been attained such as the digitalization of dosing pumps, the expansion of the company through a new headquarters in 2018, or even notably improving the level of sales, fulfilling a record in the history of the company.

All this has been possible thanks to the dedication and vision of Anton Planas, who said goodbye to ITC this July, proving to be an example for all his colleagues of Drive, Tenacity and Commitment.